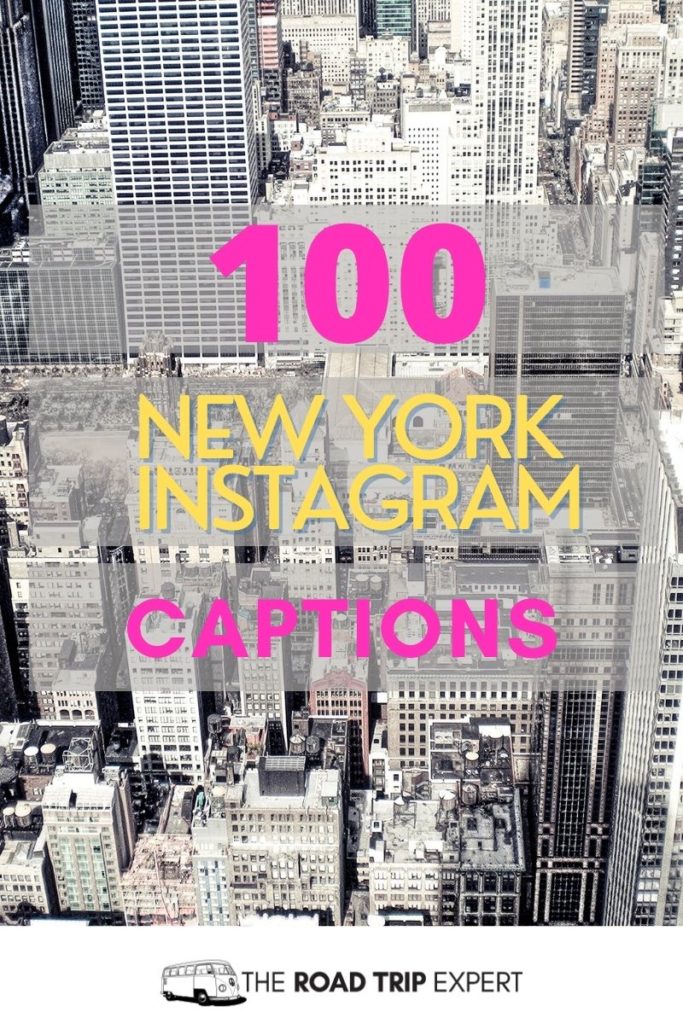 Enjoy this awesome collection of the best New York captions for Instagram. This densely populated city is one of the world’s most famous financial and cultural hotspots! From incredible skyscrapers to unforgettable skylines, the city has it all.

If you’re looking for the best NYC Instagram captions on the internet, you’ve come to the right place! Feel free to browse this article and choose the perfect text to accompany your post on the city that never sleeps.

We’ve also added a section with some inspiring New York quotes for Instagram, in case you prefer something a little different.