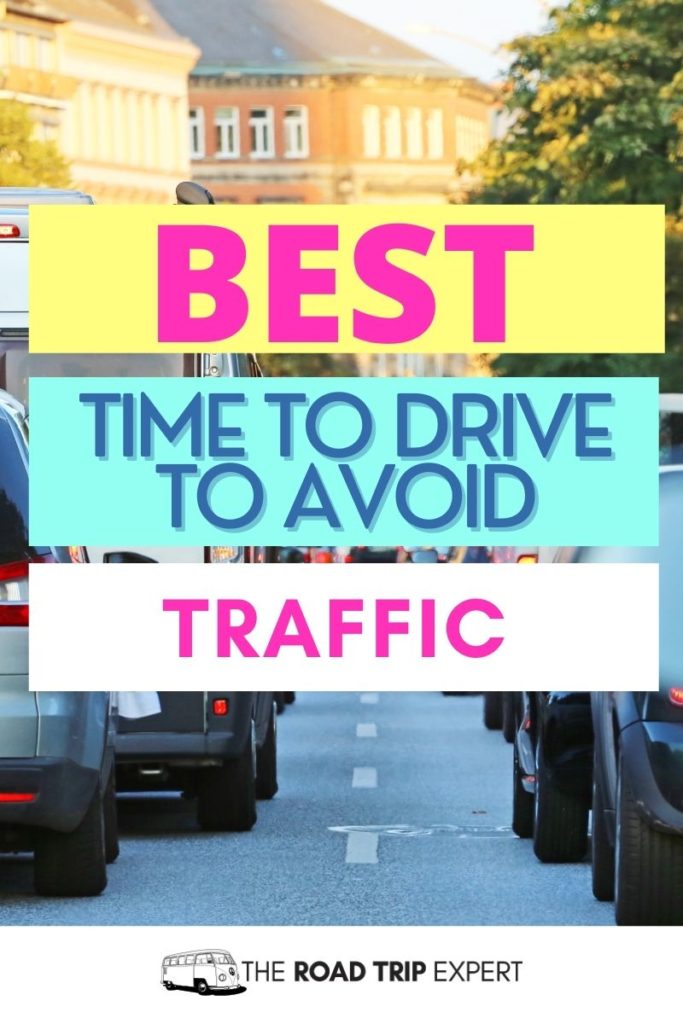 The best time to leave to avoid traffic on a long drive is early in the morning before 6 am. When traveling by car you should aim to avoid rush hour congestion by aiming to start your road trip first thing in the morning. Aim to be out of the city and on the highway before 7 am to avoid unwanted delays.

Go to bed early and start your journey first thing in the morning to escape the city before there are many more vehicles on the road.

What is the busiest time to drive?

The busiest time to drive is between 4 pm and 7 pm in the evening from Monday to Friday. This heavy traffic is due to a combination of commuters driving home and other road users traveling for social reasons. Rush hour in the evening leads to more congestion than in the early hours due to increased personal travel in the afternoon.

The roads at the weekend can also be extremely busy during similar hours as people drive to and from social events. Google Maps now has a feature advising you on the best time to drive to your location based on traffic data.

What is the best day of the week to drive long distances?

The best day of the week to drive long distances is Tuesday. Studies carried out by the NHTSA concluded that the least number of car crash-related fatalities occurred on a Tuesday. This was closely followed by Monday and Wednesday. For the lowest traffic levels, you should complete your journey on a Sunday.

If you’re planning to drive a long distance, check out our article explaining how far you can drive in a day.

Is it better to drive late at night or early in the morning?

You should drive early in the morning rather than late at night in order to prevent the risks associated with driver fatigue. The roads will be quieter during the night which will likely reduce your journey time but safety should always be your priority. Leaving first thing in the morning when you are properly rested will lead to a safe and comfortable trip.

There are other risks associated with driving late at night. You are more likely to encounter other road users that are driving under the influence of alcohol. Speeding is also more common.

What is the safest day of the week to drive?

According to data collected by the NHTSA, Tuesday is the safest day of the week to drive. Statistically, the most dangerous day of the week to drive is Saturday. This has been attributed to increased levels of drunk driving at weekends as well as speeding. This also means that driving earlier in the day is safer than being on the road at night.

Brush up on your driving prior to departure with our road safety tips.

Is it better to drive long distance at night?

Driving long distances at night has many risks associated with reduced visibility and driver fatigue-induced incidents. Although you will likely get to your destination faster it’s better to drive during the day when you are able to fully concentrate on the road. If you insist on night driving then aim to leave early in the evening after rush hour traffic clears up.

We’ve written a good set of tips for driving at night should you care to check them out.