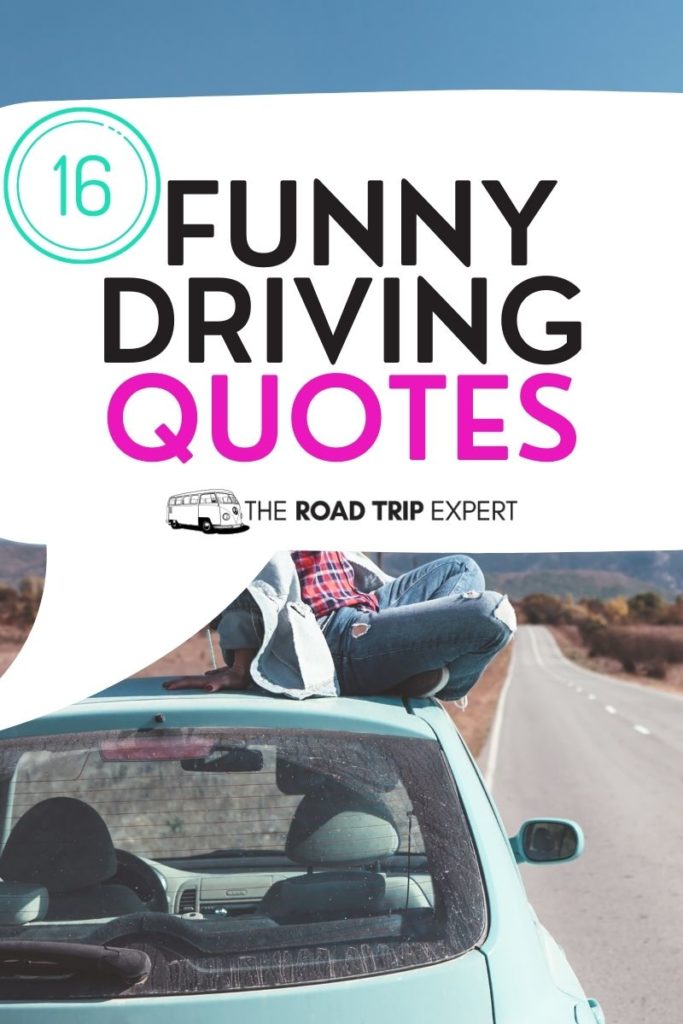 We don’t want you laughing too hard whilst behind the wheel, but we’re sure these hilarious quotes about cars and driving will get you from A to B in a light-hearted fashion. We’re no comedy experts, but some people clearly have a knack for cracking some jokes, and we’ve put together the best ones for you to enjoy.

Don’t be afraid to share these on social media or with friends or family. Most importantly, enjoy the trip!

“I have found out that there ain’t no surer way to find out whether you like people or hate them than to travel with them.” – Mark Twain

“Why do they call it rush hour when nothing moves?” – Robin Williams

“There are two things no man will admit he cannot do well, drive and make love.” – Stirling Moss

“I couldn’t repair your brakes, so I made your horn louder.” – Steven Wright

“A road trip is a way for the whole family to spend time together and annoy each other in interesting new places.” – Tom Lichtenheld

“Men can read maps better than women cause only the male mind could conceive of one inch equaling a hundred miles.” – Roseanne Barr

“Too bad that all the people who know how to run the country are busy driving taxicabs and cutting hair.” – George Burns

“Americans will put up with anything provided it doesn’t block traffic.” – Dan Rather

Funny enough? Now for some funny quotes about cars…

“Never have more children than you have car windows.” – Erma Bombeck

“Aerodynamics are for people who can’t build engines.” – Enzo Ferrari

“When a man opens a car door for his wife, it’s either a new car or a new wife.” – Prince Philip

“It’s my car now, but as soon as it’s fixed, it’ll be my daughter’s again.” – Jeff Stahler

“Money may not buy happiness, but I’d rather cry in a Jaguar than on a bus.” – Francoise Sagan

Check out our other article full of the best quotes about cars!